Want to ride an elephant and create your startup in the same time? Welcome to Nantes! 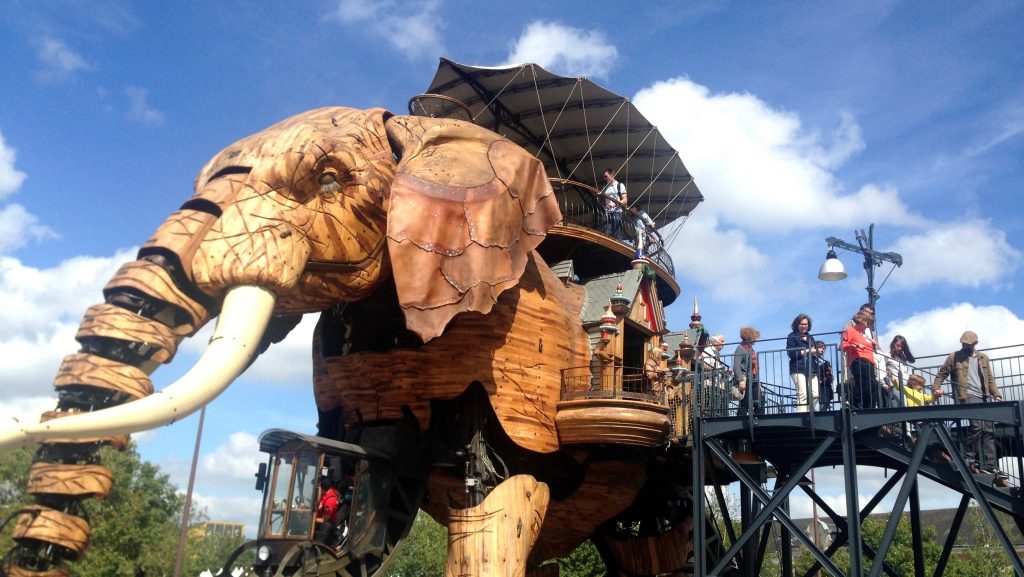 When you think of France, you instantly think of Paris, Mont Saint Michel or Loire valley’s castles. But what if I told you there’s a city in France where you can literally organize your startup team, while riding an elephant?

Welcome to Nantes, the smartest startup city in France.

The city I’ve been living in for the last 4 years. And the city that you’ll never want to leave: once you know Nantes, you never go back!

Nantes has been an industrial city over the last decades, thanks to its naval construction site situated in its heart, Ile de Nantes. in 2019, the landscape changed a lot and the neighborhood, today baptized “Quartier de la création“, became home to the most powerful and dynamic tech and innovation community in provincial France.

Over the last 10 years, nearly 2,000 digital companies emerged in, or located to, Nantes. In 2017 only, over 28,000 tech-related jobs were created. This community is supported by a large group of actors that put their synergies together and work closely to provide high quality skills and follow up.

The University of tomorrow 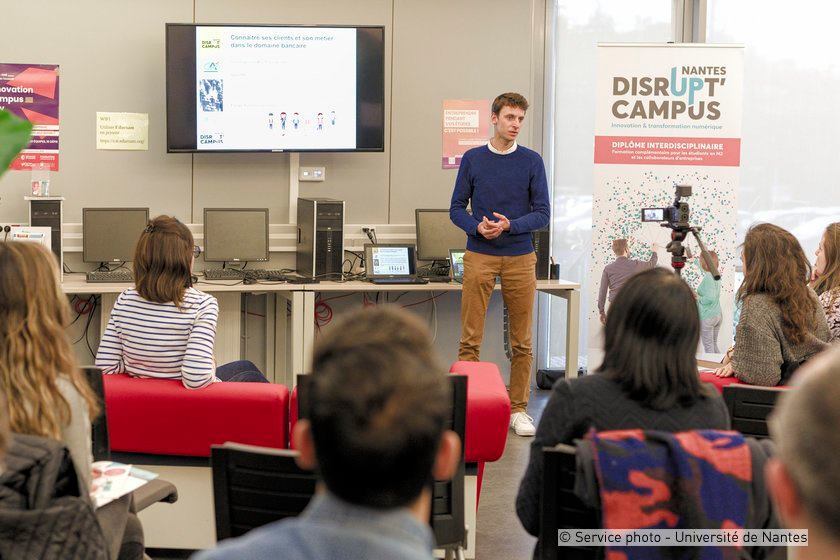 One of them is the University of Nantes. Its totem building dedicated to the digital cultures, “la Halle 6” will be launched this fall and will gather teachers, researchers, students, start-uppers in an experimental space that will encourage co-creativity and co-engineering.

Equipped with an “Art, Architecture and Design” fablab and an “User and new media” lab, la Halle 6 will play a major role in the development of the capitale French Tech Nantes ecosystem, locally as well as internationally.

The University of Nantes is also visionary because of the way it prepares students and companies for the digital challenges of tomorrow. The program Disrupt’ Campus Nantes,launched in 2017, trains final year students and employees to digital innovation and transformation. During five months, multidisciplinary teams of MBA and MSc students (engineers, data scientists, designers, psychologists, legals) and employees tackle digital transformation challenges proposed by companies wanting to engage in the digital transition process.

In parallel, they are being introduced to lean startup, design thinking, agile methods and open innovation. At the end of the program, they propose proof of concepts to the final jury composed of University teachers and experts of the ecosystem. In the aftermath of the program, some students choose to launch their startup and employees become chief digital officers in charge of the project that’s been challenged.

Synergies and emulation of actors 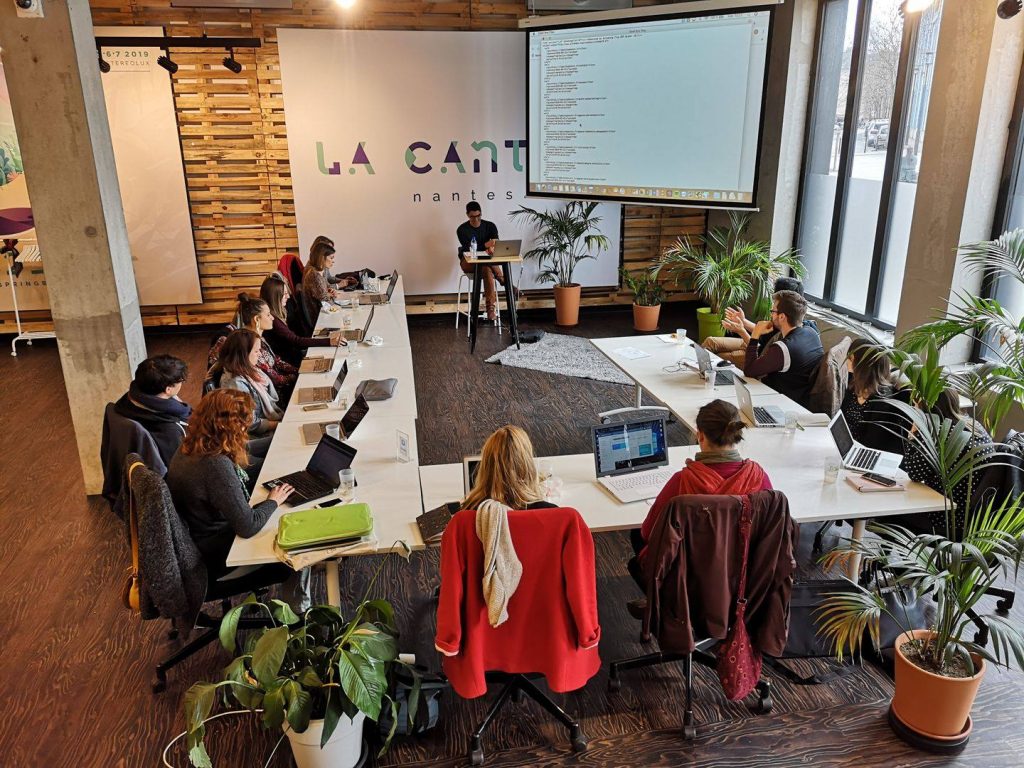 The acceleration of the French Tech Nantes ecosystem will have not been possible without the input of several institutional and private actors.

Nantes metropole, with its digital department, supports initiatives aiming at encouraging, developing and welcoming digital companies and startups talents on its territory. Collaboration is the active principle of the “Smart city” of Nantes and linking people and initiatives is at the heart of its action. Since 2016, Nantes has implemented mobility and energy-related innovative solutions through mySMARTLife project, altogether with 18 other smart cities around the world, such as Medellin in Columbia or Alba Iulia in Romania.

L’agence Nantes-Saint Nazaire Développement is an original structure in charge of welcoming and accompanying French or international companies throughout their installation or recruitment process in the Nantes area.

Professional networks and NGOs also play a major role in the startup ecosystem.

Naonedia: a local collective engaged for an ethical, sustainable and responsible AI.

Atlanpole: the regional accelerator promoting the emergence, creation, acceleration and development of innovative companies and start-ups from the deep tech field.

Réseau Entreprendre: a professional network of more than 700 CEOs offering know how and network resources to young entrepreneurs.

There’s also a wide network of incubators and accelerators taking part at different stages of the deployment of the startup ecosystem. The University of Nantes has its own program for entrepreneur students called Pépite. It deploys also a program dedicated to entrepreneurs researchers, Deep Tech founders, whose objective is to help develop the future scale ups directly identified in the research laboratories.

After the acceleration phase, they could easily find new offices in one of the 40 areas of co-working of the city.

Lately, a significant number of organisations emerged and fights to raise awareness on different topics such as women in tech (Femmes du digital Ouest) or Tech for good.

The power of an ecosystem that really works 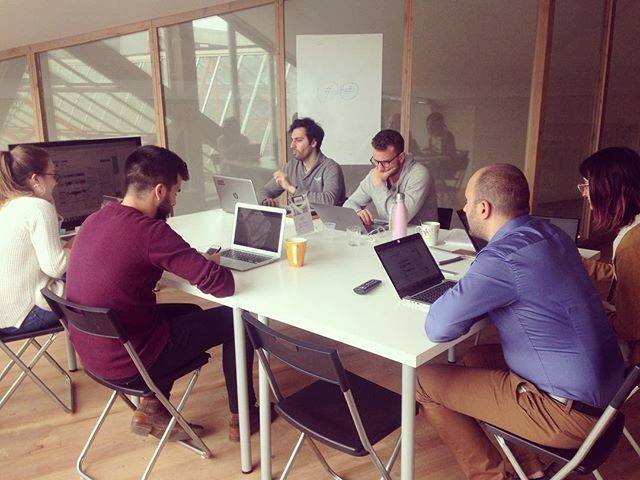 Many startup founders resonated with the city’s motto: alone you go faster, together you go further! One of them is a young entrepreneur, Mihai Sava, native from Romania. His startup, UbiMap, launched two years ago, helps businesses identify new potential clients thanks to a plugin analyzing their digital footprint.

They followed an ideal path for a startup in Nantes: Mihai and his associate entered 1kubator in 2017, were boosted by Atlanpole and Réseau Entreprendre, raised funds thanks to the French Tech in Nantes, scaled up this year when they reached 7 employees, and moved to their own offices. Today they intend to go international! They are currently searching for skilled developers willing to join their forces in the Nantes office.

You’re rather fall-winter or spring-summer? 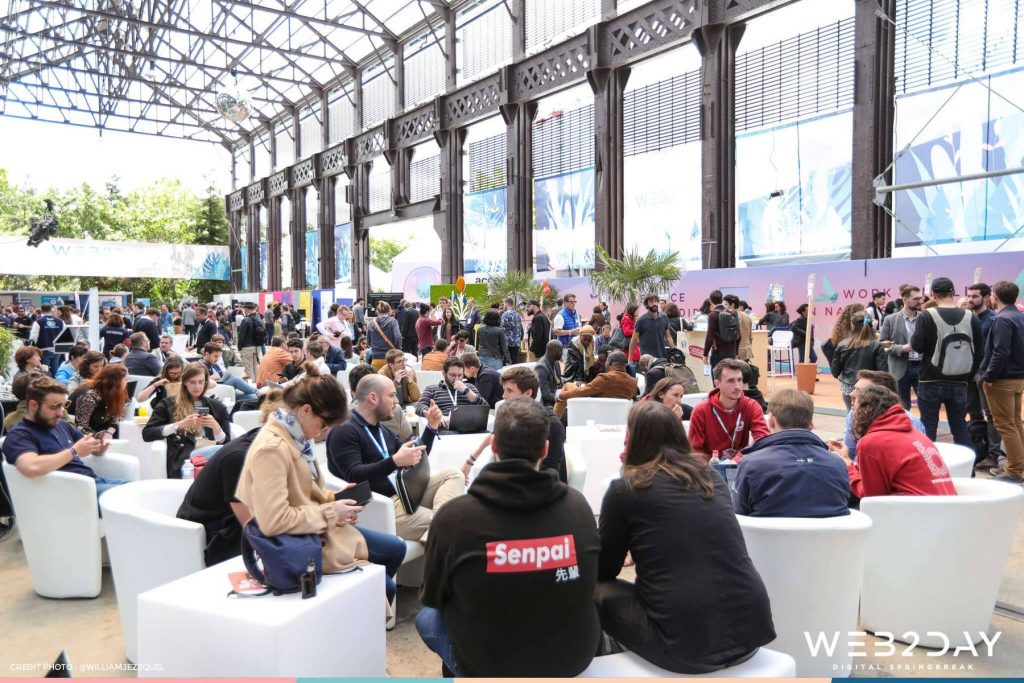 A vibrant city as Nantes would not be as dynamic as it is today without its wide range of tech and startup events that started more than 10 years ago.

All over the year, local, national and international manifestations take place in the city:

Web2day: an international tech and startup festival taking place in June – more than 10,000 participants and 300 speakers all over the world.

Nantes Digital Week: 10 days in September for 80,000 professional and general public attendees to discover the digital cultures of the city.

Digital Change: the reference event on the digital transformation of companies taking place in January and gathering more than 3,000 professional attendees and business leaders.

DevFest Nantes: reaching its 8th edition this year in October, DevFest is the festival organised by and for developers all over the world.

In case you wonder, Nantes startups are truly internationally oriented. Many of the scale-ups originated from Nantes (Lengow, iAdvize, Speachme, MyScript) opened offices throughout Europe.

French Tech is a 2013 French government label awarded to cities who have a dynamic startup ecosystem but also to innovative French companies or accelerators worldwide. Nantes has been a French tech city since 2014 and in 2019 it has been designated a capitale French Tech.